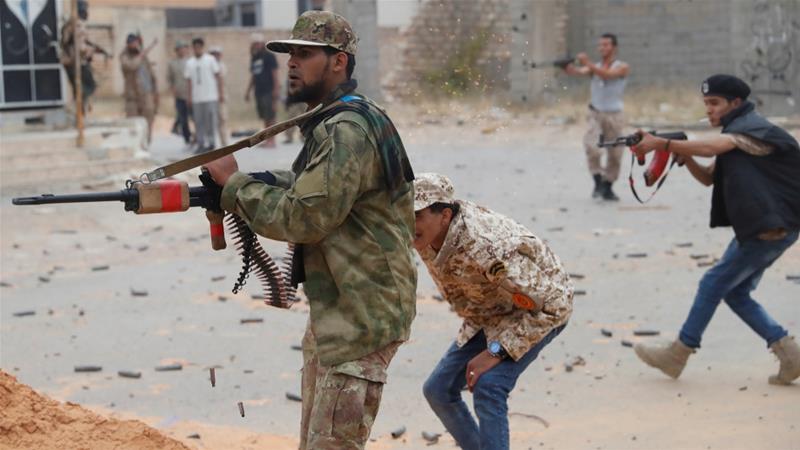 African Union leaders are expected to renew calls for greater involvement in efforts to resolve Libya's long-running conflict at a summit held on Thursday in the Republic of the Congo.

The meeting in Brazzaville will be held almost two weeks after international stakeholders - including many who back opposite sides in the months-long battle over Libya's capital, Tripoli - gathered in Berlin and agreed to push the warring sides for a permanent ceasefire and respect an existing United Nations arms embargo.

The oil-rich North African country has been beset by war and insecurity since the 2011 overthrow and killing of longtime leader Muammar Gaddafi during a NATO-backed uprising, with rival factions and militias fighting over control of the county.

Libya has since been split into rival western and eastern administrations: the UN-recognised Government of National Accord (GNA) holds Tripoli in northwestern Libya, while a rival administration in the east is aligned with renegade military commander Khalifa Haftar, whose forces in April 2019 launched a military offensive to seize the capital.

"The whole African continent is worried about the consequences of what is happening in Libya," Senegalese President Macky Sall said on Tuesday during a news conference with Turkish President Recep Tayyip Erdogan in Dakar.

Sall called for the bloc's involvement "in any search for a solution", which he said could only be political.

The push for greater AU say is led by the countries bordering Libya, especially in the Sahel region, which fear the crisis will have a greater knock-on effect on an escalating conflict with armed groups operating across the region including in Chad, Niger, Mali, Burkina Faso and Mauritania.

The worsening violence in the region involves fighters linked to al-Qaeda and ISIL (ISIS) and last year killed more than 4,000 people.

At the root of the Sahelian countries' concerns is the number of arms flowing into the region from Libya.

"There's no doubt that the 2011 war in Libya had ripple effects across the Sahel in the form of weapons being transferred from Libya into neighbouring countries to the south," Claudia Gazzini, senior Libya analyst for the International Crisis Group, told Al Jazeera.